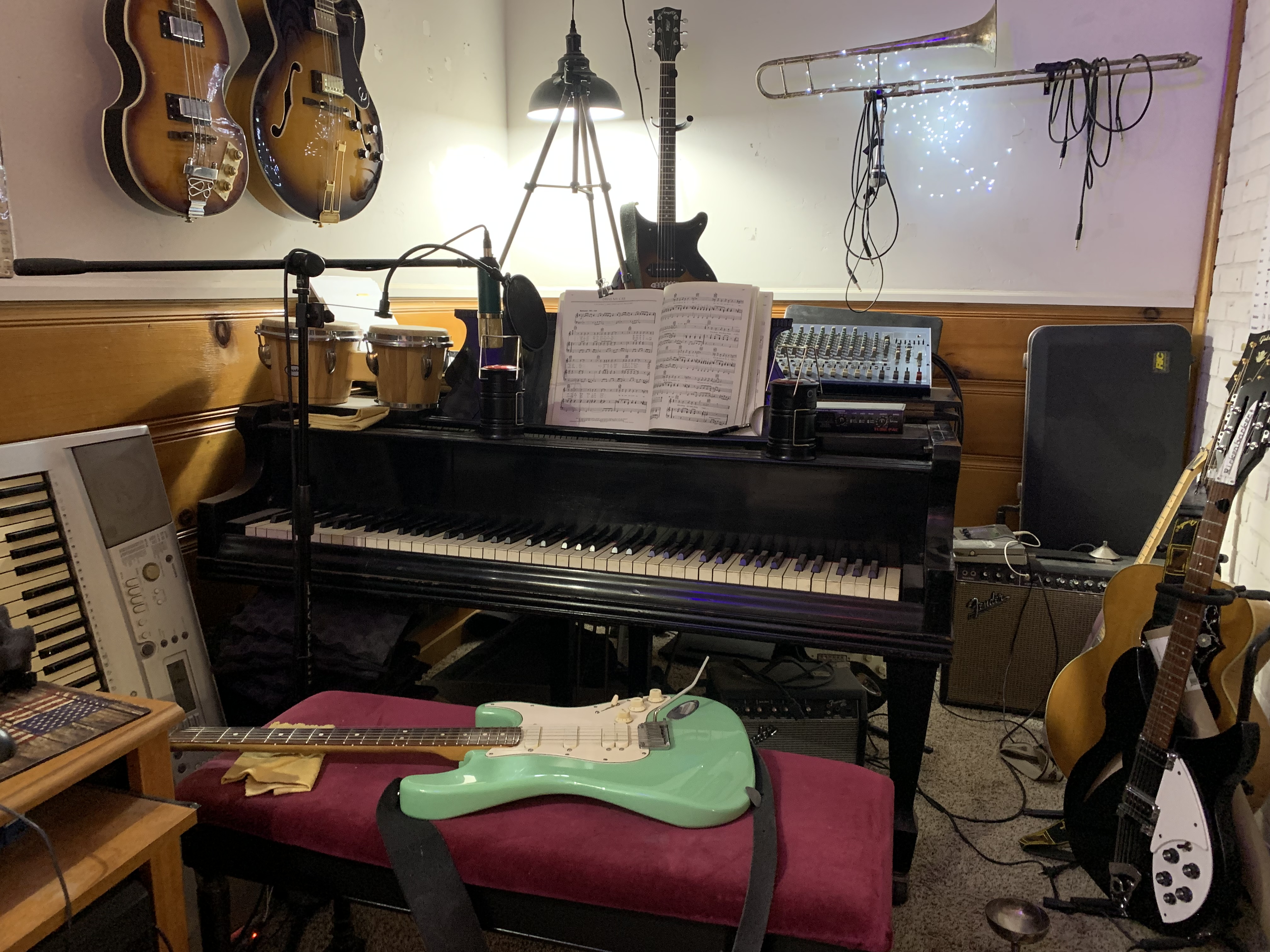 The Importance of Being Roger Waters

Is being a songwriter important enough that some songwriters are simply more important than others?

Roger Waters, co-founder of Pink Floyd and its chief songwriter, believes that to be the case. Waters kicked off his "This Is Not a Drill" tour in Toronto in July and was miffed at reading that a local music journalist had not attended his show because Weeknd was playing across town that same night. As it turned out, Weeknd's concert was canceled due to Covid, and music journalism was denied an opportunity to do whatever music journalism does.

Reading Waters' self-important statement made me wonder, is any commercial music "important"?

The definition of the word "important" may be the real issue. Is the septuaginarian Waters (he's 78) more important than today's Pop wonder, Weeknd, because he has decades of high profile exposure as a songwriter exploring relevant social issues?

A person might look at Waters songbook and say "hell, yes, he's more important", but the very rise of a Pop star, like Weeknd, is a rare thing, and a person could argue that examining what it says about contemporary society that Weeknd, or Bad Bunny, or any of today's newest stars, have garnered such popular appeal is also important, though perhaps in a different way. One artist, Waters, may be providing intelligent commentary on the faults of modern society, while the new Pop artists may be providing a window into who certain segments of society are by dint of what they respond to.

Film Scoring Outside The Box: How To Make Your Work Stand Out

Joanna Karselis blogs for the Stage 32 website and she has offered some suggestions on alterations you can make to your usual songwriting and recording routine to create new sounds. You can read her blog at this link, but here is a sampler with my own brief summaries of each tip:

Pretty good article, worth reading. Always interesting to learn how other "creatives" think.

Joanna Karselis is a composer, multi-instrumentalist, and singer-songwriter. She has scored features REUNIFICATION, THE BELLWETHER and 5 SOUTH, all available on Amazon Prime. She's part of BAFTA Crew X BFI network.

Variety initially posted this YouTube video that provides some background on standard "cheats" used in filmmaking. These cheats consist of edits that disguise the use of stunt doubles.

Perhaps more interesting than the cheats is the advertisement for a website called ArtList that is nested within this tutorial overview. ArtList is a place where video and filmmakers go to buy music for their projects. You can also purchase sound effects and footage there. Artists complete a form and upload 4 to 6 MP3 formatted tunes, for which they must own complete rights.

Taylor C. Baker is an Actor, Screenwriter, Content Creator, and Producer, and she blogs for the Stage 32 site.

In this post, she provides useful information for getting started with your own profit-making YouTube channel. You can read her entire blog post by using this link, but here are some headings to give you a sense for what she has provided:

Over on the Script website, television director Wendey Stanzler discusses how she went from working as a film editor to a directorial career on the strength of the emotional hook. Use this link to read that interview. 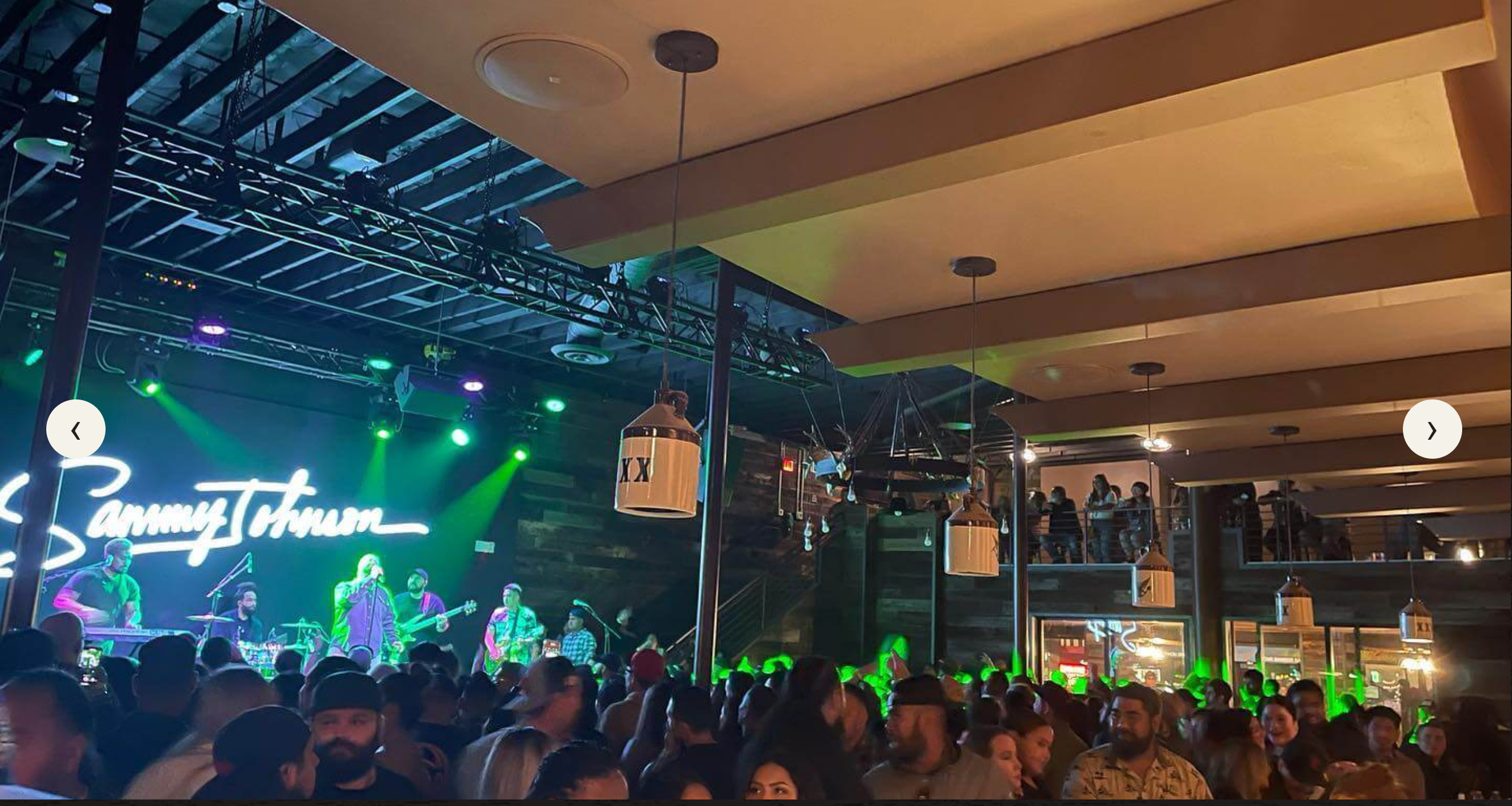 Goldfield Trading Post opened a Roseville, California club in 2021, expanding their popular Sacramento club to a second location. The Roseville club is a 10,000-foot restaurant/bar with performance venue, and it hosts tourning national and regional acts in a range of music genres. This shot is from the Goldfield Trading Post - Roseville website.

We, in the most general of senses, have come full circle in our Pop music paradigm. A bit of meandering through the streaming service reports indicates that Pop music has died, its ghost presently represented in the reborn Pop oddity Kate Bush, who is once again topping the charts - with a tune from 1985.

If having Kate Bush returning from the dead to rule the streaming charts is weird, what about the phenomenon that is Bad Bunny? Bad Bunny tracks account for 20 percent (10 of the Top 50) of both the Global and USA streaming charts on Spotify.

Bad Bunny is Puerto Rican rapper, singer, and professional wrestler Benito Antonio Martínez Ocasio. One might attribute his music popularity to the audience convergence of rock and the insanely popular professional wrestling circuit, except that Bad Bunny is entertaining, sort of irrepressible. He is murdering the creativity-starved Spotify charts.

The veteran band recently played Ryman Auditorium as part of the release of their new LP,   Halcyon Days. This video is of the title track.

The band's spokesperson sees the release as "a homecoming; a mixture of songs written both during quarantine and decades earlier that, against the odds, blends effortlessly. Our band’s songwriting process is collaborative and chaotic,” Steve Taylor shares. “It typically starts with a riff Dave’s (guitarist Dave Perkins) conjured out of his Les Paul, along with some snatches of melody, then it passes through the band’s months-long trial and error gauntlet until something emerges that sounds like us.”

Matt Wallace (The Replacements, Faith No More, Maroon 5, Train, O.A.R.), who worked with the band in its earliest recordings, produced the LP. Halcyon Days is bombastic, thought provoking, and rock & roll at its finest, from the band with a name you may have to Google. 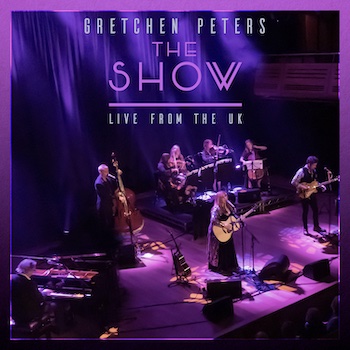 Nashville-based songwriter Gretchen Peters has a new album coming out in August, a two-disc recording of her 2019 tour of the United Kingdom, where she has a significant following.  The Show: Live from the UK features Barry Walsh (piano, vocals, co-producer), Conor McCreanor (bass, vocals) and Colm McClean (guitar, vocals), and a Scottish string quartet consisting of Seonaid Aitken (violin), Amira Bedrush-McDonald (violin), Sarah Leonard (viola), and Alice Allen (cello). Gretchen says "this was a dream lineup for me and I knew going in I wanted to record the shows and release a live recording".

Gretchen is a great songwriter - a member of Nashville's Songwriter's Hall of Fame - and a wonderful performer. If you like smart, sensitive song stylings, this will be a can't miss buy.

About that Dynamic Pricing

Imagine paying over $40,000 for a seat to an Adele Vegas show? Why would anybody do that? It seems so ludicrous that one might think family members should rush in with an intervention, possibly a brief commitment to a sanitarium. Or imagine the $5,000 seats at a Bruce Springsteen concert? Wouldn't you feel a little sick about yourself, like that time you dropped ridiculous money on a gram of cocaine? Streaming services have replaced the cash flow that "artists" once received from record sales to the extent that now the only way to make money is to work for it, every night, doing live shows. Live shows for big acts are expensive to produce. That, coupled with big-name artists' reliance on performance bucks, combined with a pentup public desire to get out of the house (pandemic), has turned entertainment into an insane mess of psychological and economic exploitation. The worst part, as in Springsteen's case, is that some of these "artists" are at the end of their careers, having just sold their entire musical catalogs for millions of dollars, and are still out there on the cash grab. It feels kind of sad that music fans are willing to yield to this new round of greed. In this video, Billboard explains it all.

The Stage 32 marketing machine offers up some free nuggets to help you make your way in movieland.

Lessons from a Netflix Writers' Room

Tips for Creating Great Characters in Your Screenplay

How Do I Pitch my Project to Netflix or Amazon?

Do You Have to Live in Hollywood to Have Success as a Screenwriter?

Where Do You Place Comps in a Pitch? Bold Films Development Executive Answers

How to Overcome Imposter Syndrome as a Creative

What Does Jordan Peele's Monkeypaw Look For in a Writer?

For many years, the RARWRITER Publishing Group has been capturing stories and presenting feature articles on an international community of artists in various fields. Use the RARWRITER Archive link below to explore those past editions of www.RARWRITER.com, now called the Creative Culture Journal. Use the links provided there to explore issues published previous to our transition to this new format.